Why Pillar Pages Are Worth A Spot in Your SEO Strategy

The main ‘glue’ that unifies the evolution of digital marketing is the mastery of SEO. The powerful role played by pillar pages in this undeniable.

“Content marketing is no longer a numbers game. It’s a game of relevance,” 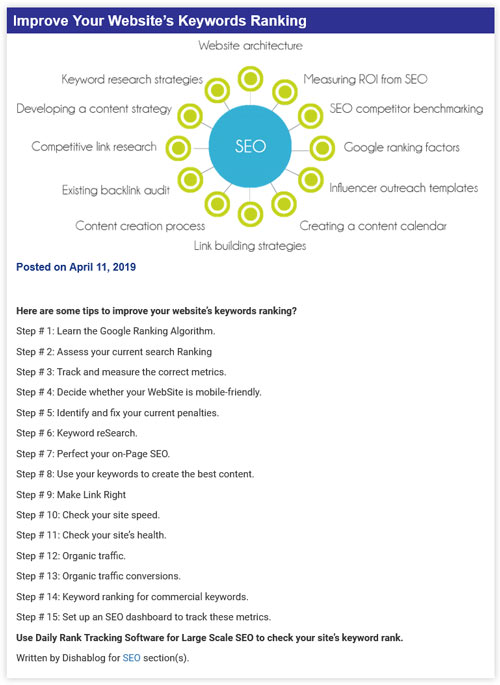 When Did the Focus on SEO Begin?

They use unique algorithms to find, sort, and rank millions of URLs. All this happens in milliseconds before the user sees results

Search engines also looked into how many other websites linked back to each page in particular. That is how they established that a page could be an authority on a subject.

Web designers caught on to the original algorithm.

By the late nineties, people began to restructure their websites. The only goal was to direct traffic to them. Thus the origin of search engine optimization.

Google then stepped up its algorithm to level the playing field.

The search engines gave search back to the consumer. They began penalizing websites using blackhat SEO tactics. The goal of their new algorithm was to allow valued content to rank highest.

Search engines became even smarter at sifting through the digital noise.

Given the high competition for search rankings, keyword density was no longer viable. Keyword stuffing proved to be more effective for anyone with enough advertising revenue. That locked out valuable content.

What followed was the emergence of long-tail keywords. Today, 64% of Google searches feature them.

“Successful SEO is not about tricking Google. It’s about PARTNERING with Google to provide the best search results for Google’s users.”

Long-tail keywords on pillar pages do wonders for capturing leads. This can happen anywhere in the sales funnel. They are more likely to convert a browsing consumer than a conventional advert.

Remember that ranking first on Google is only one part of the equation. If your website is not designed to convert this traffic into leads and sales, your hard work will be for nothing.

Where Do Pillar Pages Fit In?

Pillar pages are unique as well as effective for SEO.

They are usually longer than regular blog posts. On average, pillar content is between 2000-2500 words or more. Blog posts average 1000-1500 words.

They also include hyperlinked chapters on top of the page, as well as internal and external links.

At first glance, they represent an overview of your website’s content offering. On a pillar page, users get an overview with enough detail, but nothing too overwhelming such as an eBook or multi-page document.

With pillar pages, you can give users detailed information about a given topic. You then encourage retention using links to other blog posts and cluster content from your site. 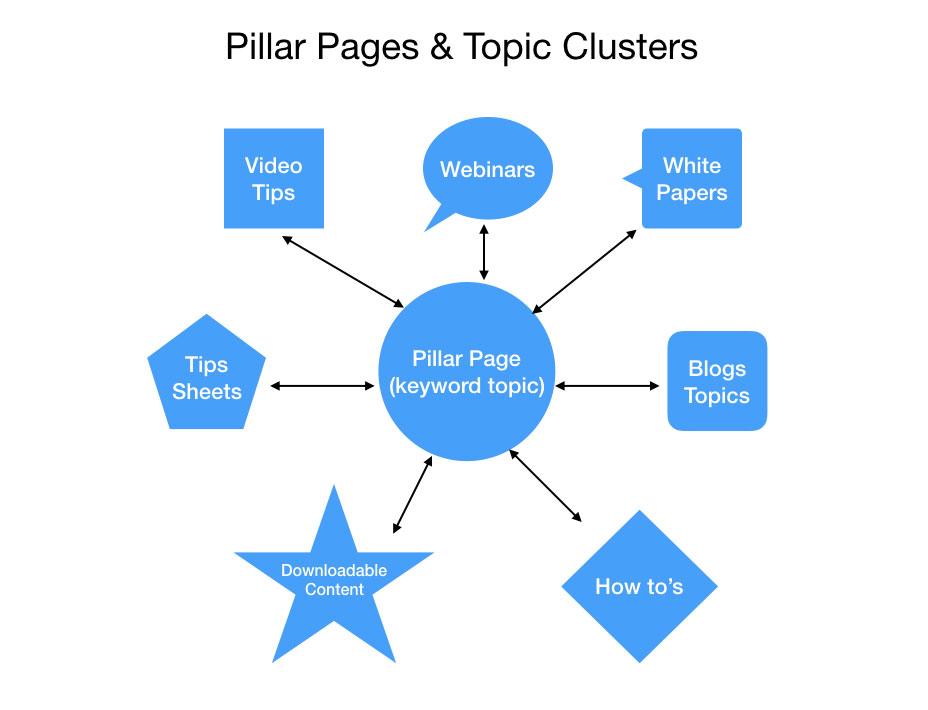 The biggest bonus from creating a pillar page is the SEO benefit. When topic clusters are well-executed, your content can experience phenomenal views.

Let’s get deeper into why pillar pages deserve a spot in your SEO strategy.

Planning and heavy research go into pillar pages before anyone writes the first word.

Pillar page quality tends to be far superior to other blog posts as a result.

From intensive research, you find out what content gaps exist in your niche. This is the best way to produce both high volume and quality. Doing so also makes it easier to spread out the focus topic.

Given how much work goes into creating pillar pages, you may need more resources. Content development and quality control measures will be higher if an ROI is at stake.

You need to think about how each of your different pages will relate to one another to avoid redundancy.

Redundant content is when you have different pages that address the same user intent. While the content wording may be unique, the function remains the same.

This exposes your website to the risk of competing with itself in search results. You could also diffuse your own internal links or end up contradicting yourself.

Focus on creating more relevant connections between your pages. You want to create a content ecosystem that makes users want to stay on your site for longer.

The page shares a detailed overview of Instagram. It is hyperlinked to specific pieces of cluster content. The finished result has some great best practices to learn from including:

It’s not the kind of pillar page you can click away from after your first glance.

A pillar page helps your team become more intentional about your marketing campaign.

To come up with great topic clusters, you need a defined content roadmap.

The roadmap is your path to streamlined content development.

With a detailed plan, everyone knows what the team should focus on at a given time. It tells you where your destination is. This helps your team design the best user experience possible.

A successful content roadmap understands who your audience is heading. This approach:

The best content comes from understanding your USP as a brand. Working on a content campaign also strengthens communication and reporting practices.

To create a solid plan, start by restating your business purpose. This is a good time to reconnect with your C-suite and other employees too.

It makes it easier for your team to work on recycling or updating former posts related to your pillar page. This will prompt an organic traffic surge to “forgotten” pages.

When a person starts researching anything online, they rarely stop at one website. Their goal is to find out as much as they can. This is where your pillar page comes in.

Consistently providing comprehensive coverage on topics relevant to your product will grow trust. As a brand, you will become an online thought leader in your niche.

Pillar pages make it easier for both search engines and consumers to find you.

There’s an eager online community with more than two billion active users. Publishing far-reaching content on the same topic encourages readers to view you as a go-to source of information.

The exponential benefits of pillar pages go beyond increasing your search rankings. They centralize all your content, thus bringing better organization to your pages.

Pillar pages, like most SEO-related strategies, can be quite resource-intensive.

At CopySmiths we help our clients navigate changing SEO and content marketing trends.

Get in touch today to find out how. I'm Katrina McKinnon, founder of CopySmiths and Small Revolution. In my 20 years of experience, I have helped online businesses create high-performing content specifically on an eCommerce store's blog. Find me on LinkedIn and Twitter.

Ask our friendly team about our article writing services.

Monthly, hand-picked stories of the best in eCommerce Content.

You can unsubscribe at any time by clicking the unsubscribe link in the footer of any email, or by contacting us at service@copysmiths.com. We will treat your information with respect.